Does light fly straight? In an optical tornado, it spins. 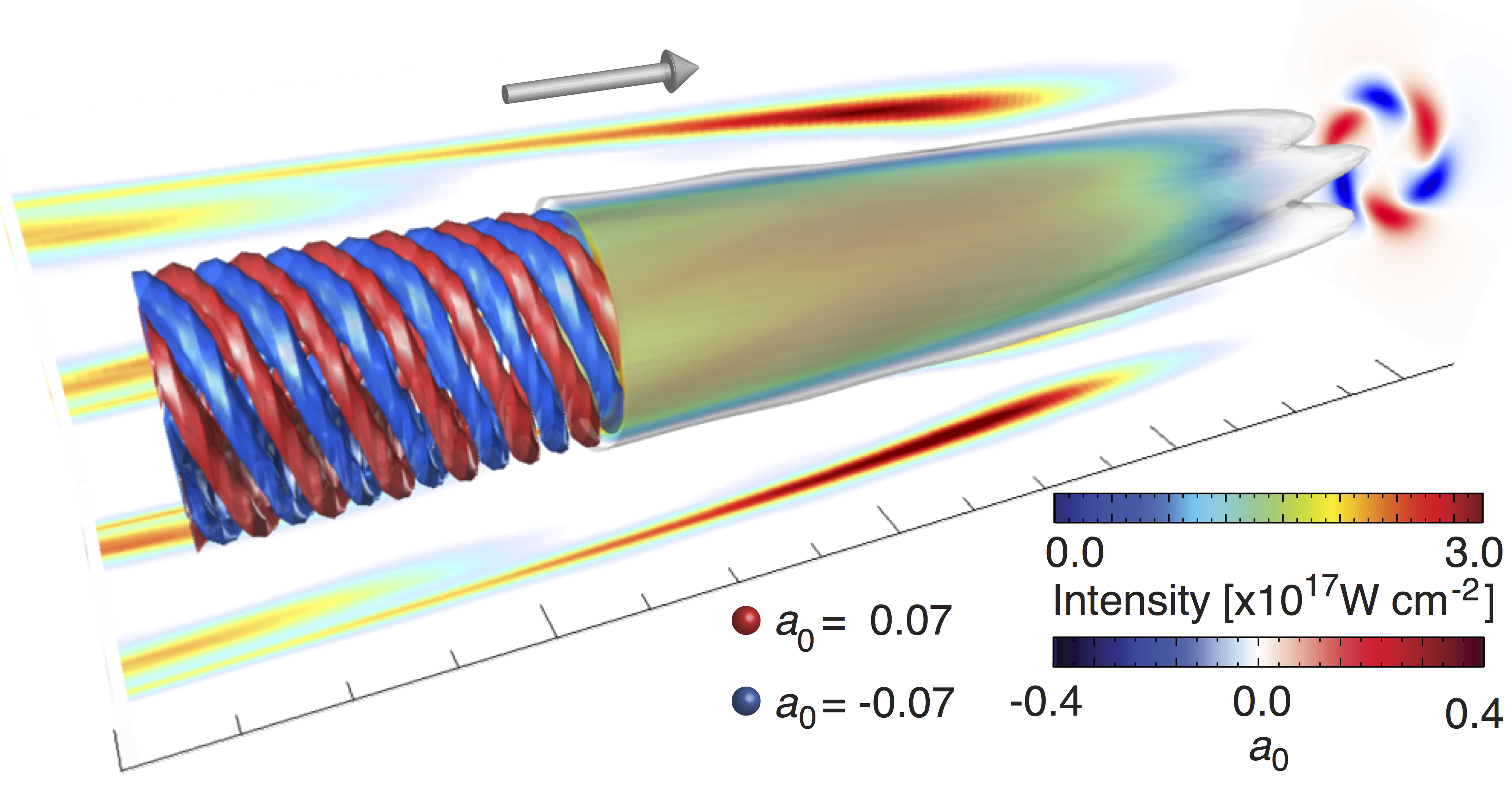 An intense optical vortex beam, where light possess orbital angular momentum, can be understood as an optical analogue of a tornado, because of a spinning motion of photons in these beams. This exotic dynamics gives rise to exciting phenomena, with profound implications in science. The onset of many of their fascinating properties arises with nonlinear behaviours, which can be exploited only at very high laser intensities and in nontrivial optical media with higher order optical nonlinearities. Plasmas are an example of a nonlinear optical media where the striking nonlinear properties of twisted photons could be explored in depth. Plasmas are also an ideal medium to generate and amplify these beams to very high intensities, beyond breakdown thresholds of conventional materials. The image shows the result of a three dimensional particle-in-cell simulation using the massively parallel, fully relativistic particle-in-cell code Osiris, in a configuration that shows an intense beam of twisted light with orbital angular momentum amplified through stimulated Raman scattering in a plasma. The whirled blue and red regions indicate that the laser vector potential (a0) contains twisted photons. The envelope in blue-green-red shows that the laser has been amplified to nearly relativistic intensities in the plasma. This results may pave the path towards relativistic laser-matter interactions with twisted lasers.

Share:
Propagation of quasi-neutral beam into plasma
Filamentation of Solid target due to interaction of a Laser