The mystery of X-ray emissions from comets has been solved by an international team integrating epp team researchers, Fabio C and Luis OS. This work was published today in Nature Physics.

Scientists have long wondered why comets can radiate X-rays, given that X-rays are normally associated with hot objects like the Sun but comets are among the coldest objects in the Solar system.

When comets travel through the Solar system they interact with the Solar radiation, the Solar wind and the Solar magnetic field. This produces a visible atmosphere (or coma), the characteristic cometary tail, and in some cases X-rays. These X-rays are generated on the sunward side of the comet where the Solar wind impacts the cometary atmosphere forming a bow shock.

To investigate how the X-rays are generated, an international team of scientists from 15 institutes performed experiments using the ultra-intense lasers available at the LULI facility in Paris, where they replicated the interaction of the Solar-wind with a comet.

This interaction was reproduced by firing the laser beams onto a plastic foil, consequently expelling its electrons and ions and generating a high-speed flow of ionized gas (plasma) like the Solar wind. This plasma flow then impacted onto a small sphere, the “laboratory comet”, placed nearly a centimetre away from the plastic foil, resembling what happens when a real comet passes through the Solar system.

In these experiments, researchers detected that electrons are heated to about a million degrees in the turbulent plasma region generated in the interaction. These hot electrons are responsible for emitting X-rays, but only in the presence of a magnetic field.

These experimental results are important as they provide direct laboratory evidence that objects moving through magnetized plasmas can be sites of strong electron heating. This is a very general configuration in astrophysics that can take place not only in comets, but also in planetary magnetospheres (as our own Earth), or even in supernova remnants, where the ejected material moves across the interstellar gas.

Técnico’s team, composed by Luís Oliveira e Silva and Fábio Cruz, who are a respectively Professor and a PhD student at the Group of Lasers and Plasmas of Instituto de Plasmas e Fusão Nuclear and at the Department of Physics, was responsible for numerically modelling and theoretically interpreting this experiment.

Resorting to large scale computer simulations, it was possible to demonstrate that the electron heating observed experimentally was due to their resonant interaction with plasma waves generated at the bow shock developed in the interaction. These simulations, designed to reproduce the experimental conditions, were performed at the supercomputers IST Cluster (Lisbon) and MareNostrum (Barcelona, Spain).

This experiment confirms results previously obtained by Técnico’s team. In his MSc thesis, Fábio Cruz predicted the conditions for the success of this experiment. His work was previously recognized by the Calouste Gulbenkian Foundation with the 2016 Prize for Stimulus to Scientific Research.

This work is also supported by the Advanced Grant InPairs of the European Research Council, led by Luís Oliveira e Silva. 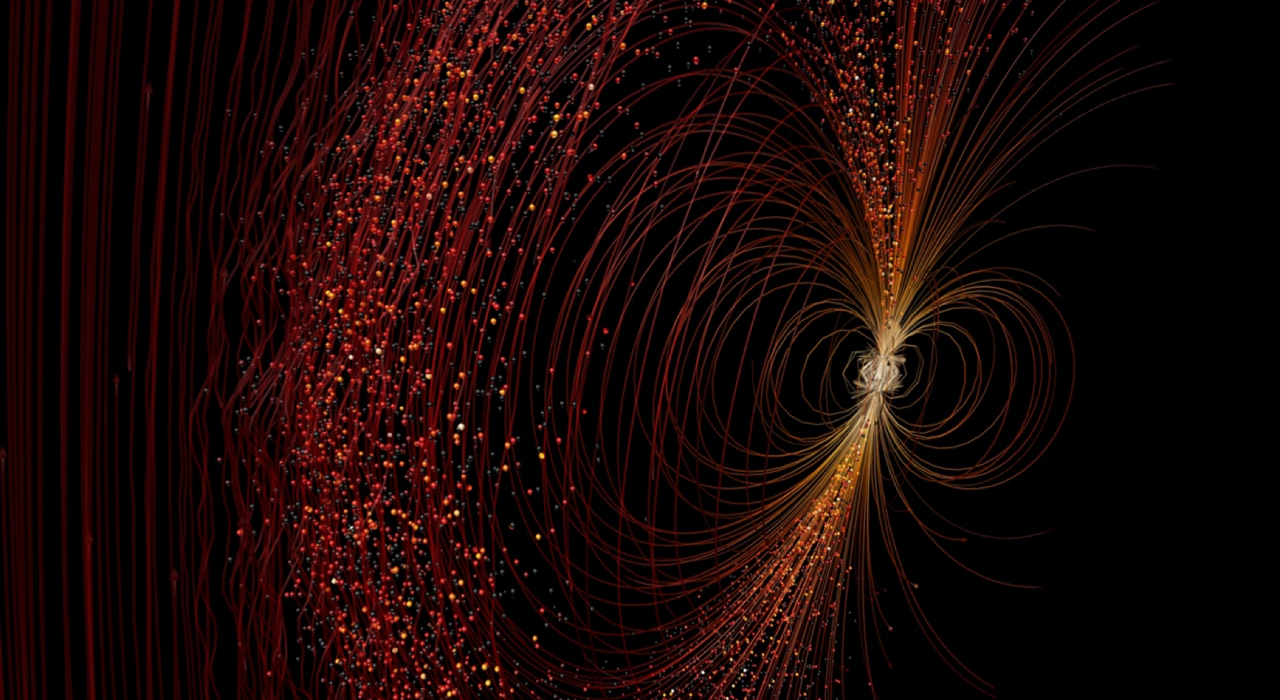 Share:
Diana A is awarded her PhD
The “Natas” of Visualization 2017 have been announced!