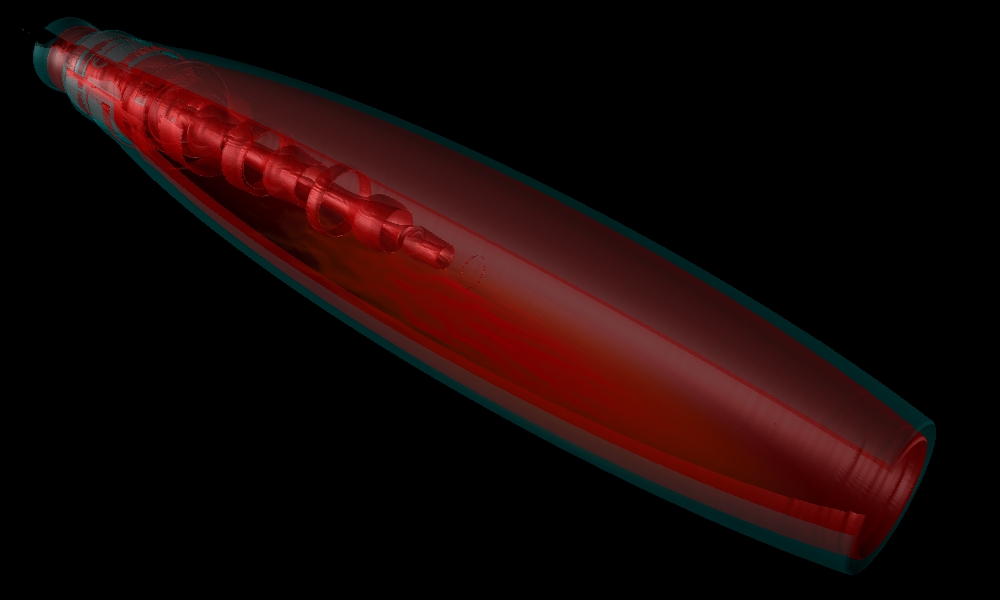 Relativistic high-density neutral electron-positron (fireball) beams have been recently generated in the laboratory providing a platform to explore processes directly to address unsolved problems in astrophysics. Ab initio PIC simulations of astrophysical plasmas have provided new directions to identify the role of plasma instabilities in the formation of collisionless shock, the particle acceleration processes, and the generation of magnetic field structures compatible with the intense radiation bursts of synchrotron radiation. Recently, it has been proposed that the available 20 GeV electron and positron bunches at the Stanford Linear Accelerator Center could be used to investigate a purely transverse filamentation instability using a short fireball (e-, e+) bunch (i.e. shorter than the plasma wavelength) [1].

In this work, we performed 2D cylindrical PIC simulation [2] considering the interaction of a long fireball beam (longer than the plasma wavelength) with static neutral plasmas. The development of oblique instability has been observed due to the coupling between longitudinal and transverse modes. We show that the ratio between the density of the fireball and background plasma controls a transition between the current filamentation instability (CFI) and the competing transverse two-stream instability. The instability generates an intense longitudinal electric field on the order of GV/m and drives a plasma wake.