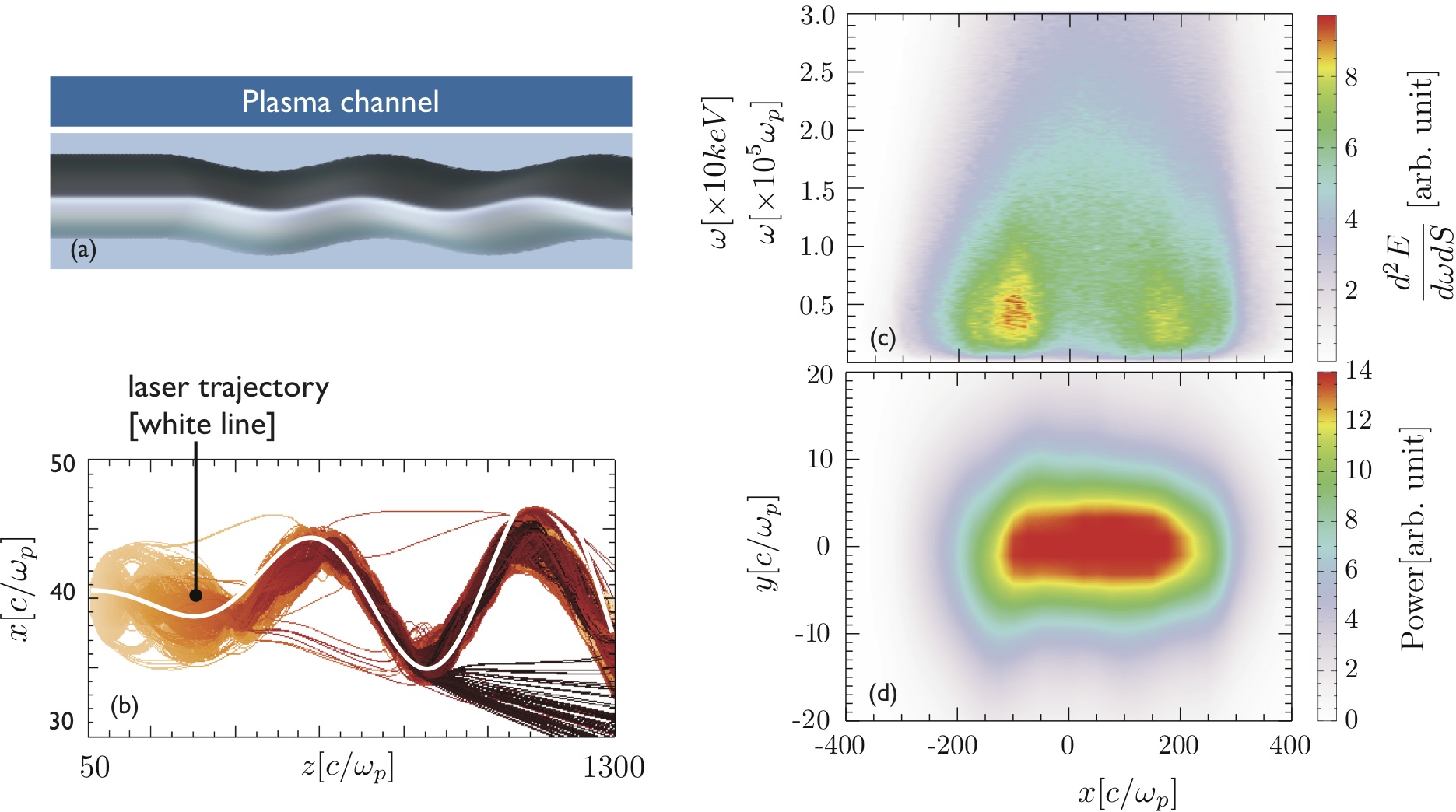 It has been already shown that laser frequency chirp and plasma density inhomogeneities provide a strong tool to control the transverse dynamics of laser and hence the dynamics of electron bunch in the bubble. A corrugated plasma channel, as well, induces transverse modulation in laser trajectory, and generates electron bunch with exotic trajectories [Fig.1(b)]. These electron bunches have distinct radiation signature, and can be used to generate collimated x-rays [Fig. 1(d)]. By modifying the corrugation frequency and the channel depth the frequency and the amplitudes of the electron bunch in the bubble can be tuned to generate certain radiation signature.