extreme plasma physics > News > The “Natas” of Visualization 2017 have been announced!

The “Natas” of Visualization 2017 have been announced! 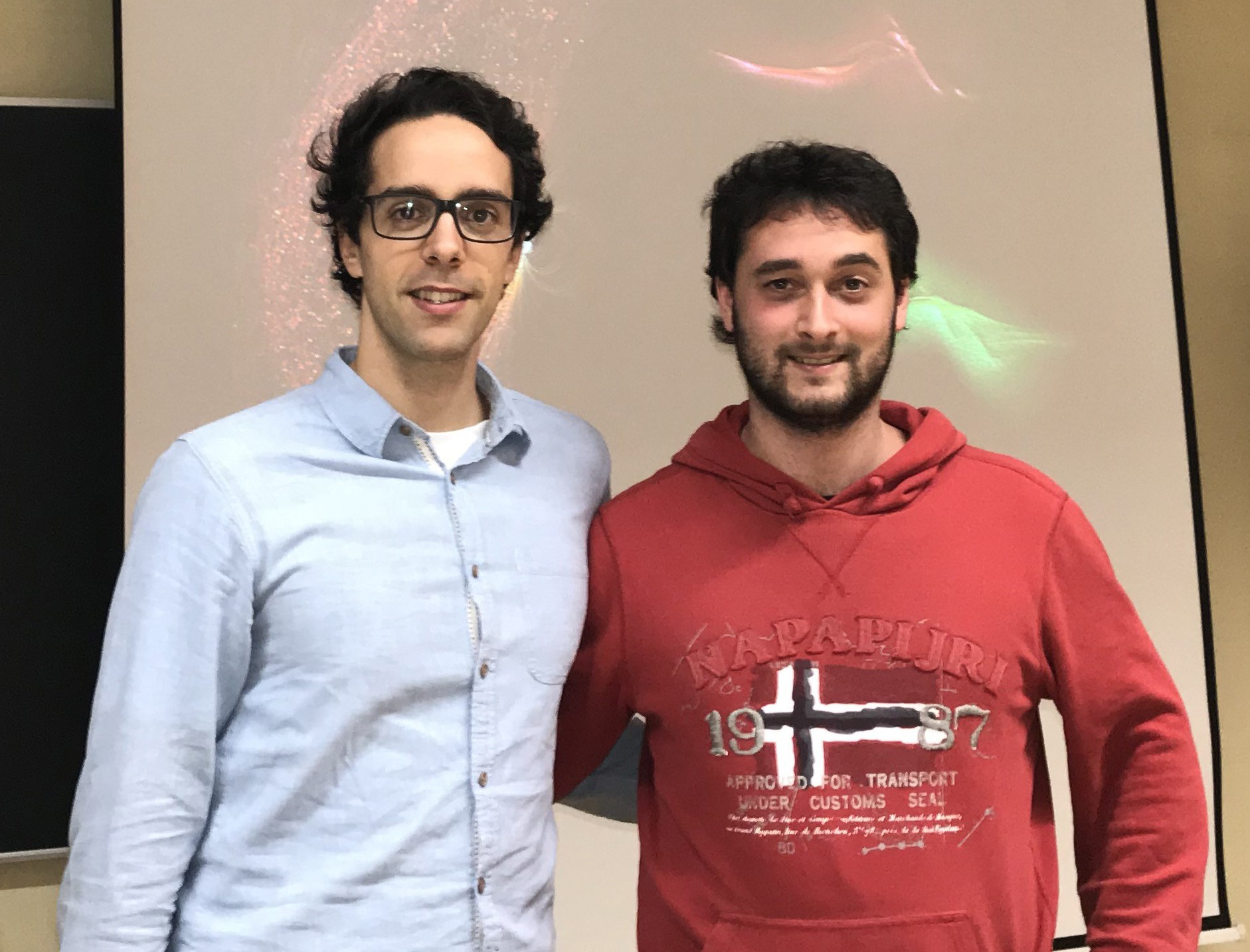 And they are “tasty”! Following our tradition (see News for the “2014 Natas”, News for the “2015 Natas”, News for the “2016 Natas”), the prizes for the winners of the image and video of 2017, the “natas” of visualization, were awarded to Fabio Cruz (left, and triple winner after wins in 2014 and 2016) and to Fabrizio Del Gaudio (right). The term “Nata” was coined by one of the previous winners Paulo Alves: “Nata” is a tasty Portuguese pastry that everybody likes. It’s as enjoyable as having our simulations running nicely on a big supercomputer. It can also mean being at the top, at a high level, important.” Many congratulations to the 2017 winners! The images and videos will be posted on the team website and over the next few weeks on GoLP’s Facebook page.