A step towards the shiny horizon beyond matter 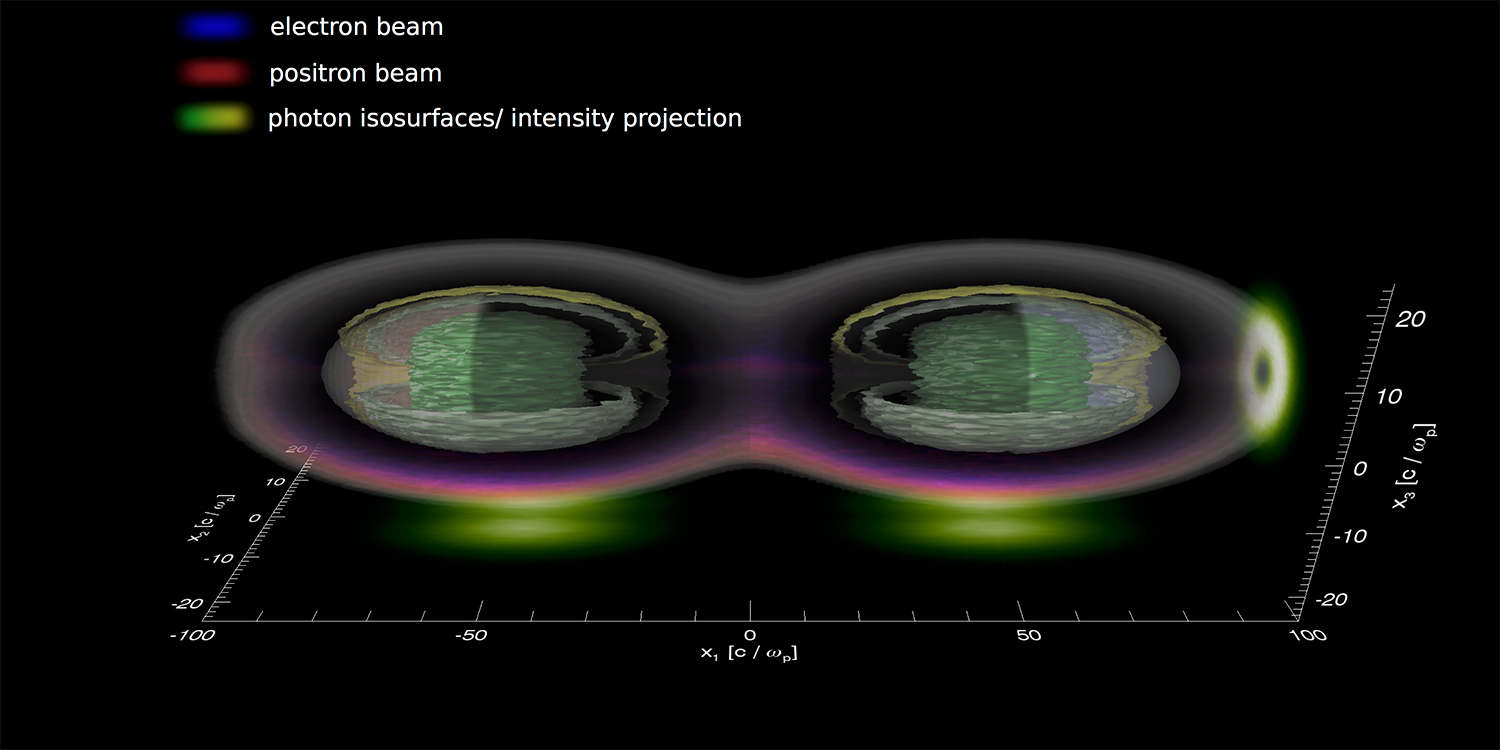 Intense and energetic gamma ray sources with tabletop earmark may be available soon. Such photon beams can be generated through beamstrahlung radiation emitted when two dense and relativistic charged beams collide.

Such extreme condition can be reached when dense and relativistic charged beams collide as the strong collective field of one beam is boosted in the relativistic frame of the counter propagating beam thus approaches the Schwinger limit in one particle bunch rest frame. Beamstrahlung radiation is connected with other two phenomena: disruption effect and pair creation.

Disruption rises when the particles of one beam are strongly bent by the oncoming beam collective field and the original beam density profile is significantly modified during the interaction time. It is possible to design colliders such that disruption is avoided, low disruption regime, in this case the generated photon beam is collimated and shows a characteristic hole on axis where the collective field goes to zero and beamstrahlung does not occur.

Pair creation is a mechanism that lowers the efficiency of the photon source, since energetic photons immersed in strong fields have a possibility to decay in an electron/positron pair through the multiphoton process. As both energetic photon emission and photon decay depend similarly on the primary particle beams parameters it is difficult to separate them. Electron-positron or electron-electron colliding beams are promising setup to produce intense and energetic gamma ray.