Beam compression by a blowout wakefield in a beam ionized plasma

In our ongoing collaboration modelling and simulating recent experiments done at SLAC, we have a similar setup as the one from the energy doubling experiment [1]. An initially neutral Lithium gas has longitudinal profile as shown in Fig. 1. 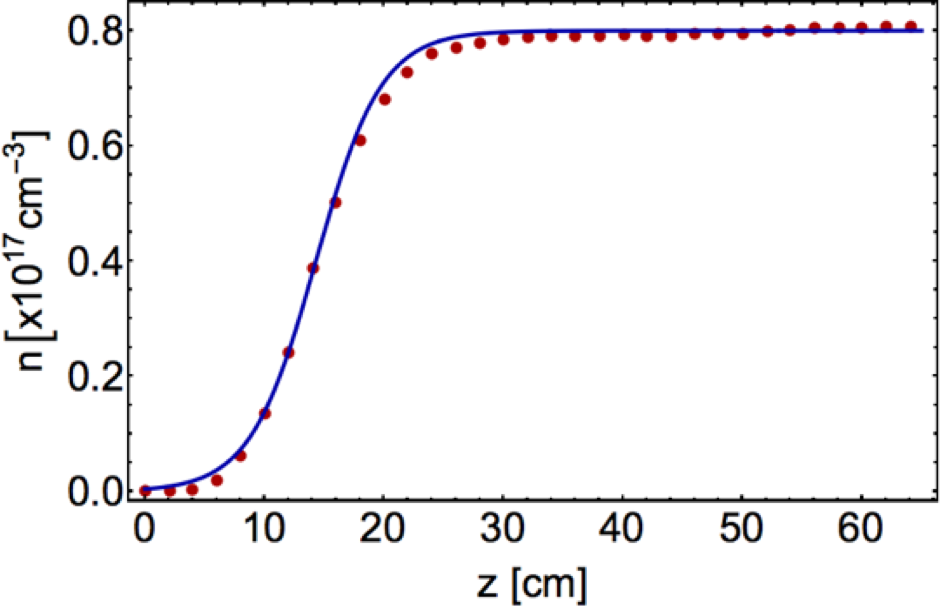 Figure 1: Neutral Lithium longitudinal profile. The red dots represent experminetal data and the blue line is the fit used in our simulations.

A 20 GeV electron beam, with typical SLAC parameters, is used to both ionize the gas and to drive wakefield. In the first centimetres of propagation the gas density is so low that there is not significant ionization happening and the beam shape is unchanged.
As the beam propagates up the ramp of the density profile, ionization starts to become significant. A key feature is that the timescale to field-ionize the gas is shorter than the bunch duration. Therefore, the tail of the beam starts to interact with the wakefield. As the gas density is still lower than the beam density at this point, we are in the blowout regime and the bubble transverse electric field tends to compress the beam.
The tail of the beam can get one to two orders of magnitude denser than the head, which almost does not change in the timescale to reach the plateau of the gas density.

Even though our goal in this collaboration is not directly related with the beam dynamics, but the plasma motion in the plateau after the beam passes through, we still need to understand properly the beam compression to get the realistic values for the amount of gas ionized and characteristics of the wake. For a more detailed discussion about the beam dynamics in beam ionized plasma, one could look Ref. [2].

Author’s note: the data used to make the movie comes from OSIRIS 2D cylindrical simulation interpolated on a 3D grid.