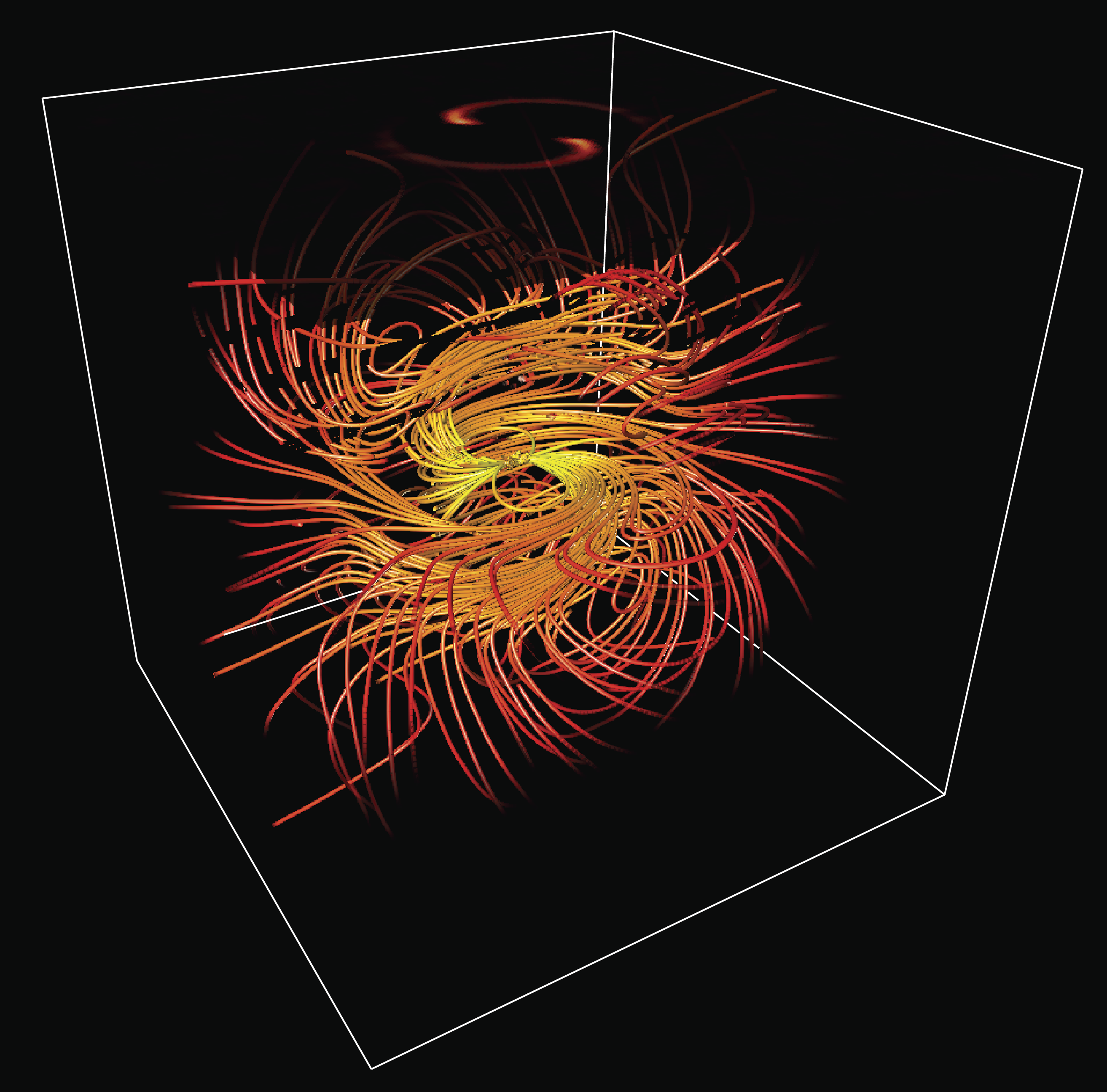 Pulsar magnetospheres are one of the most extreme environments in the universe. In the presence of the ultra intense electric and magnetic fields therein (up to 106 V/cm and 1012 G, respectively!), QED phenomena such hard photon emission (and their subsequent decay into electron-positron pairs) and vacuum nonlinear polarization must be taken into account. The dynamics of the (typically electron-positron) plasmas in these systems and their self-consistent interaction with the fields is, therefore, extremely complex. With ab initio particle-in-cell (PIC) simulations, it is possible to follow this self-consistent collective dynamics, as well as the acceleration and the radiation processes.

The figure above depicts an ab initio PIC simulation of a rotating magnetosphere that captures important collective plasma processes. Electrons and ions are emitted from the surface of a compact, central body that mimics a neutron star, in the regions where the electric field is more intense. This typically occurs in the polar caps of the dipolar field structure that surrounds the neutron star. These electrons and ions help populating the system’s magnetosphere, filled with a background electron-positron plasma.

As the dipolar magnetic and electric fields rotate, the inertia of the background electron-positron plasma slows down the magnetic field lines far from the dipole, creating a spiralling structure (illustrated in the projection of the magnetic field amplitude in the top of the box). This twisting is similar to the one identified for the heliospheric magnetic field (Parker spiral) and other structures in the universe (e.g. galaxies).

The continued slow down of oppositely oriented magnetic field lines far from the central object give rise to current sheets that narrow with time, eventually reconnecting. A complex structure of the magnetic field lines thus arises, illustrated in the picture in red/yellow tones indicating low/high field magnitudes. The simulation shown in the picture above was performed with OSIRIS and is an important stepping stone in the investigation of plasma dynamics in pulsar magnetospheres.

Share:
Plasma lenses are not for positrons
Disruption effect