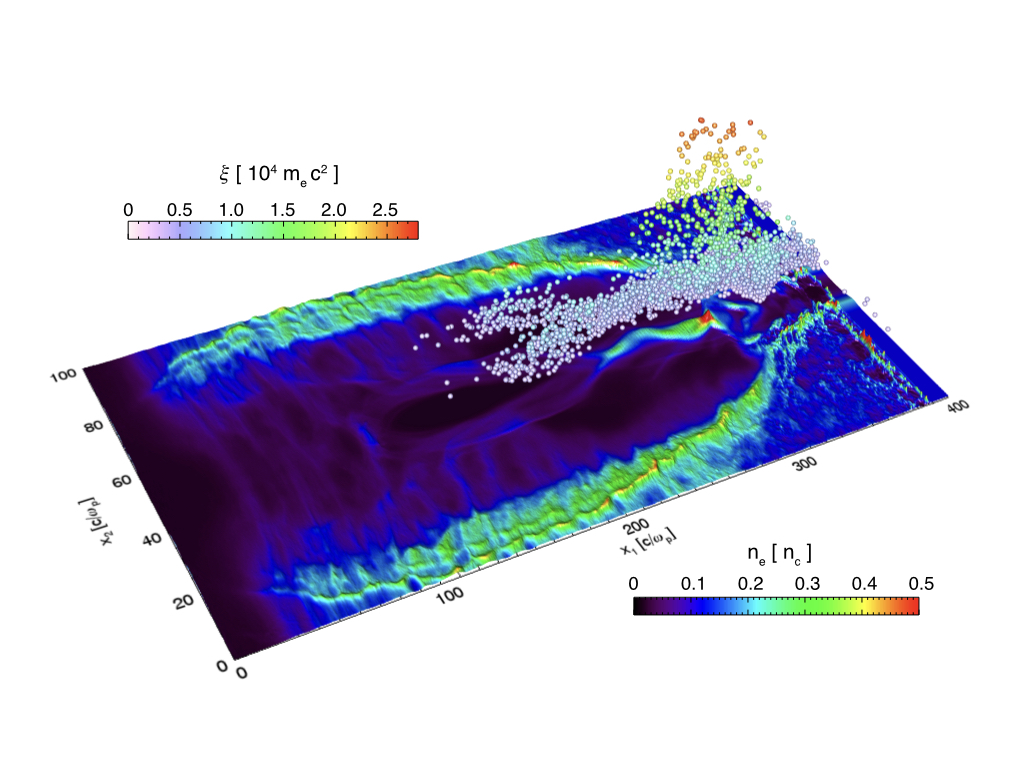 The figure shows electron plasma density and the energy of trapped electrons (for clarity, we show only a random sample of particles with energy over 1 GeV). The channel wall density is about 30 – 40 % of the critical plasma density (the density opaque for laser light), while in the inside of the channel the plasma density is below 5 % of that value. This structure guides light such that most of the energy travels through the low-density region.

Due to the high laser intensity (a0 ~ 600, I ~ 5 x 1023 W/cm2 ), the interaction between the light and plasma electrons is highly nonlinear. The electrons quiver in the laser field, while at the same time being affected by the collective plasma electromagnetic fields formed within the channel. In addition to the inherent nonlinearity of the interaction, relativistic electrons also emit high-frequency radiation. Sometimes, they convert a considerable fraction of their energy to photons. The electrons then slow down, but they can be re-accelerated by the intense laser field.

Share:
Plasma density down-ramp: a way to control the reproducibility of self-injected beams in LWFA
All optical control of the topology of plasma accelerators