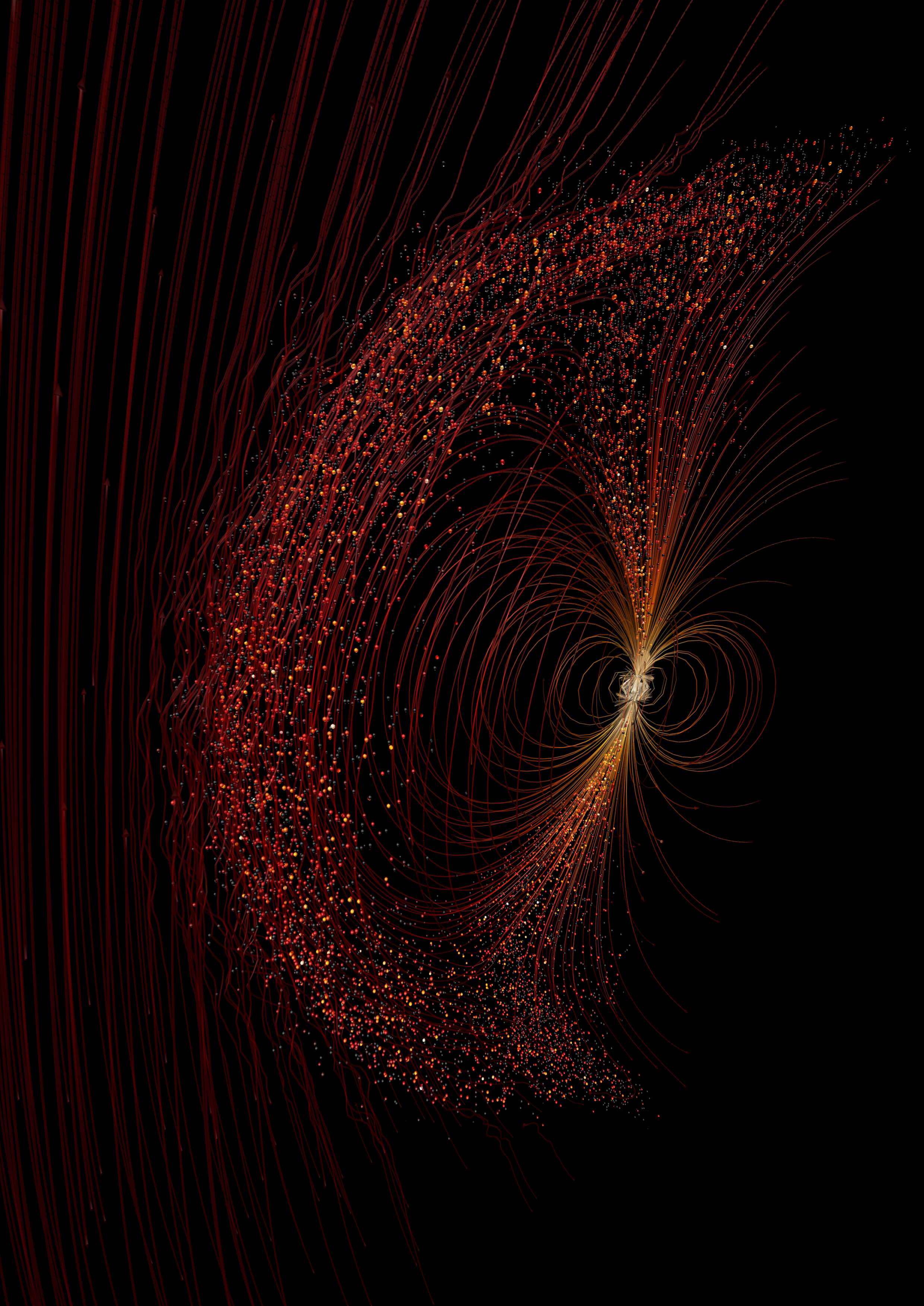 Collisionless shocks and turbulent plasma regions are often found in space and astrophysical magnetized plasma-obstacle interactions. In the moderate magnetic fields of objects such as comets or small lunar magnetic anomalies, the plasma electrons are tied to the field lines, whereas the ions may stream across them. In these conditions, plasma waves in the lower-hybrid range can be excited. Lower-hybrid waves can be resonant with both electrons propagating along the background magnetic field and ions moving perpendicularly to it, efficiently mediating an energy transfer between the two species. This property of lower-hybrid waves has been extensively explored to drive current in magnetic fusion devices [e.g. 1].

This figure depicts the acceleration process of electrons (spheres) in the magnetic field (lines in orange-red) of a dipolar object through the waves generated on the shock front (wavy line pattern). The results shown here were obtained in a three-dimensional particle-in-cell simulation performed to reproduce the conditions of laboratory-scaled interactions between a plasma flow and a magnetic obstacle recently conducted at the LULI laser facility at Ã‰cole Polytechnique (France). This experiment was designed to mimic astrophysical settings where lower-hybrid waves can be excited. The presence of energetic electrons was inferred from the observation of excess X-ray emission from the plasma when a magnetic obstacle was present. This work suggests that electron acceleration via lower-hybrid turbulence is a candidate mechanism to provide the seed of moderately relativistic particles required for collisionless astrophysical shocks to be efficient at accelerating particles to ultra-high energies.