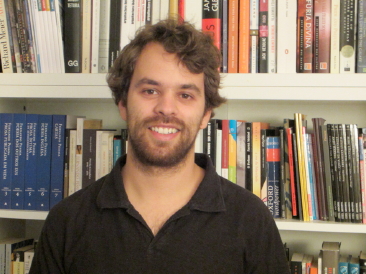 The Oscar Buneman Award, created in memory of one of the pioneers of numerical simulation of plasmas, is awarded every two years to the scientific visualization work that best contributes to the understanding of plasma physics.

This year’s winning work illustrates for the first time the possibility of studying in the laboratory extreme astrophysical scenarios associated with relativistic shock waves and the acceleration of cosmic rays. These impressive natural events can be reproduced through the interaction of intense lasers with plasmas.

Shock waves are perturbations that move faster than the speed of sound in a given environment. In astrophysics, they can even reach speeds approaching the speed of light – for instance, during the violent explosion of massive stars, or the collision of the emitted plasma jets with the interstellar medium.

These waves may be the key to solving the mystery of acceleration of cosmic rays: the most energetic particles observed in the universe. Scientists have been looking for ways to recreate such conditions in the laboratory in order to study them in a controlled manner.

The new results new obtained have shown what are the optimum parameters and conditions for exciting these shock waves. Ultraintense laser pulses will be able to accelerate plasma electrons and ions in a violent manner, creating extreme conditions in terms of temperature, pressure, and electromagnetic fields. According to Fiúza, “These simulations allow us to understand the physical processes involved in the formation of these complex astrophysical structures and define the parameters needed to study experimentally these objects.”

The winning work was carried out in the Group of Lasers and Plasmas (GoLP) of IPFN-IST, and is part of the project associated with the Advanced Grant of the European Research Council granted to Luís Oliveira e Silva, Professor at IST and coordinator of the coup. “This award represents the international recognition of the exceptional work carried out by Frederico Fiuza towards understanding these extreme events,” he says.

Large-scale numerical simulations play a key role in these studies, requiring access to large machines. In this case, no less than the largest supercomputer in the world was used: Jugene, with about 300,000 processors, located in Julich, Germany. “Developing the numerical codes and visualization systems for large scales is crucial as we gain access to ever larger computer systems, and are able to study bigger, more complex problems,” said Ricardo Fonseca (ISCTE/IST), who is in charge of developing the OSIRIS simulation code and the VisXD visualization system, both used by the team.

Frederico Fiuza is a researcher at the GoLP/IPFN, PhD student at the Physics Department of IST, and Visiting Scholar at the University of California, Los Angeles.