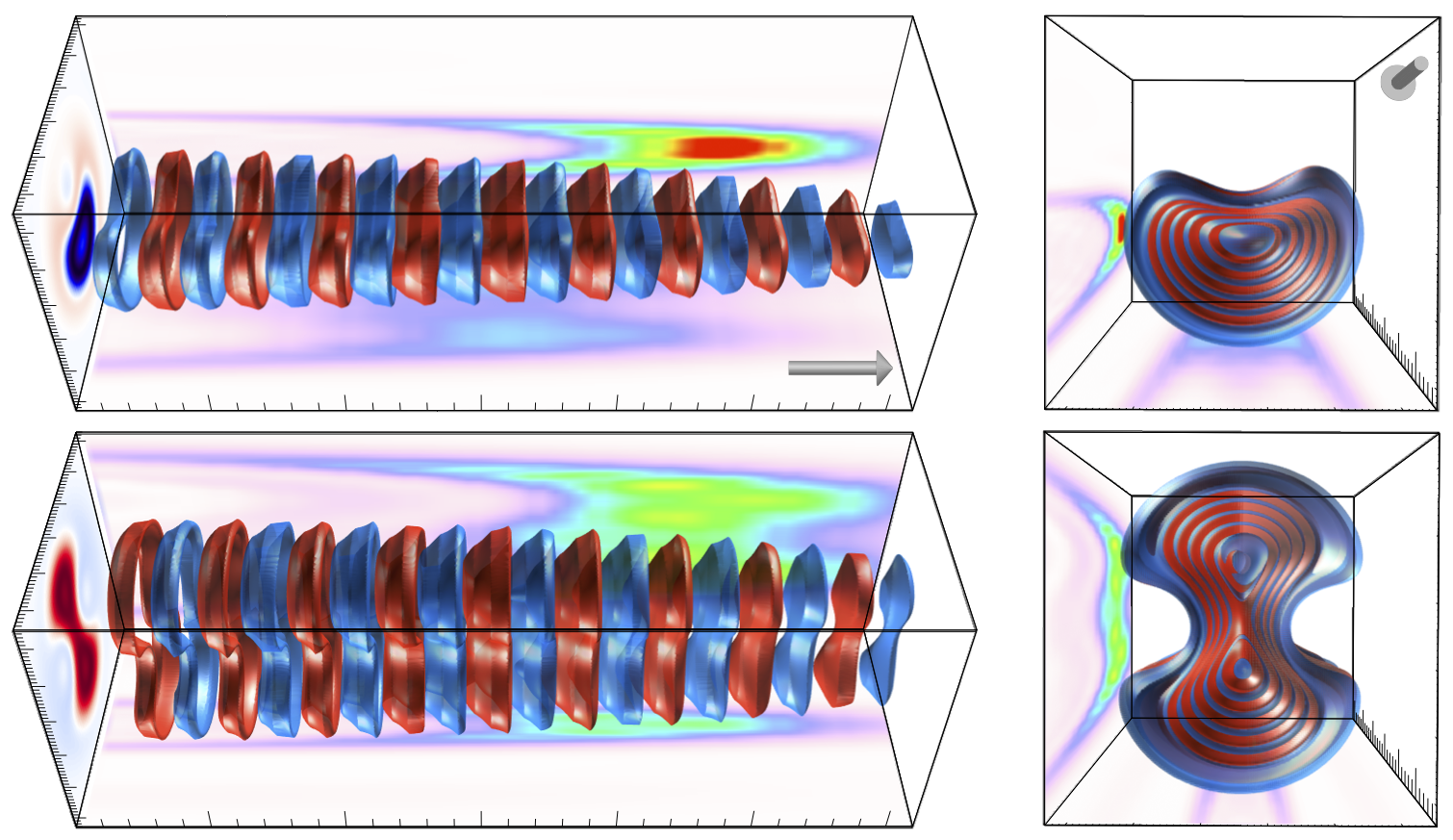 High harmonic generation (HHG) results from non-linear optical processes by which n photons, each with a given frequency ω, combine into a single photon with frequency nω. Because it can lead to a strong laser frequency upshift, HHG is routinely used in advanced microscopy techniques. In recent HHG experiments, where the incident photon beam contained an initial level of orbital angular momentum (OAM) ℓ, the final photon contained, in addition, an OAM level given by nℓ. In these experiments, which demonstrated the conservation of angular momentum (ℓ) and energy (ω), the OAM harmonics were coupled to the frequency harmonics.

We have recently investigated an unexplored mechanism that opens the possibility to create high OAM harmonics while leaving the laser frequency unchanged, thereby treating the orbital angular momentum as a true independent degree of freedom. Our theoretical calculations and numerical simulations show that the order of the high harmonics obeys a simple algebraic selection rule, which depends only on the initial OAM of the incident laser beams. Using our scheme, we have proposed an all-optical realization of the Green-Tao prime number theorem.

Our configuration employs stimulated Raman scattering in plasmas, using a pump beam in a fractional OAM state, i.e. containing more than a single OAM level. Although the plasma the advantage of supporting very intense fields, the physics also occurs in media with Kerr nonlinearity.