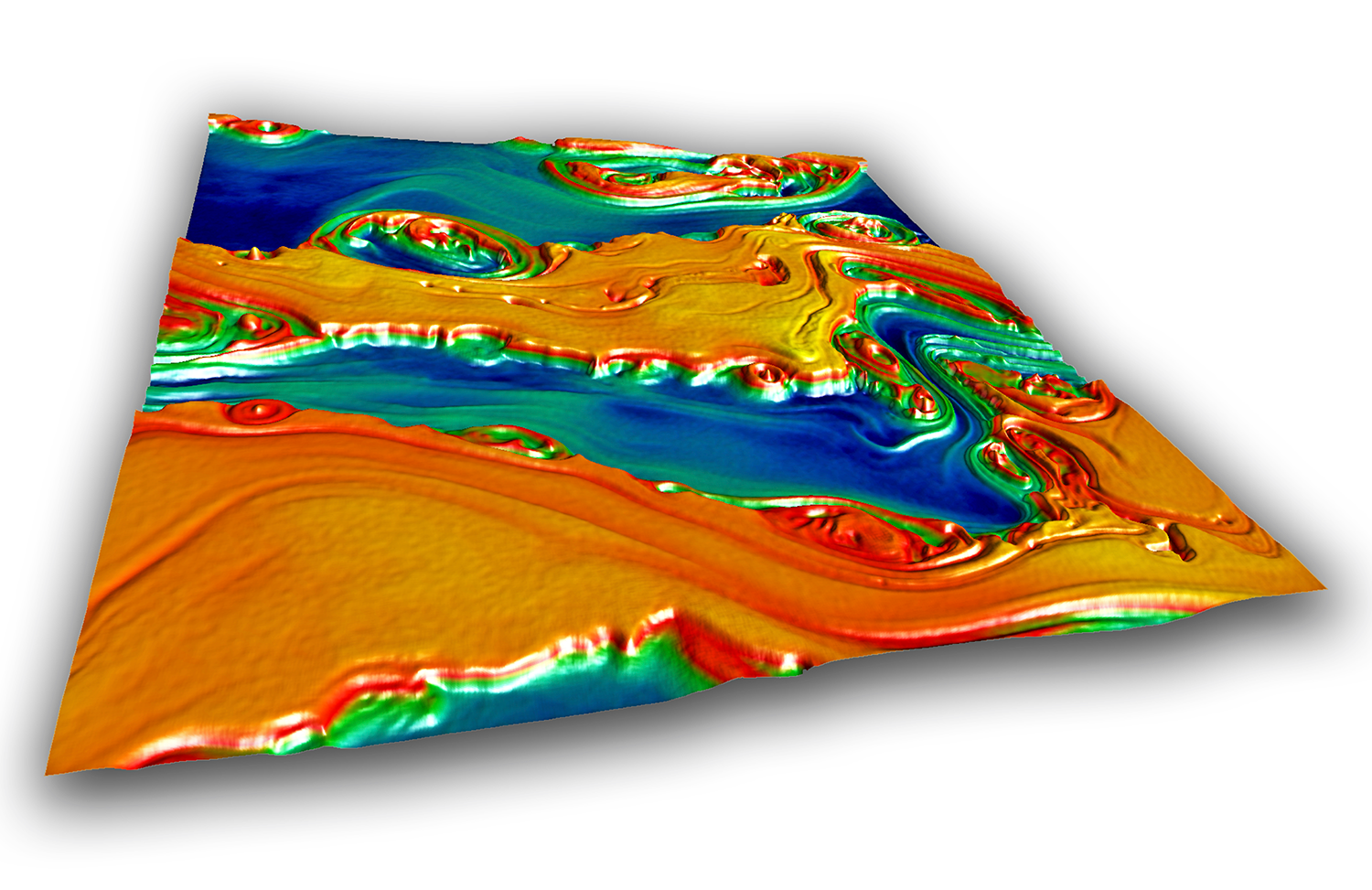 The accretion disks around massive objects, like black holes, are astrophysical scenarios where the plasma is characterised by a state of differential rotation around the central massive object, with the angular velocity decreasing with the radius. In this configuration the plasma is characterised by the MagnetoRotational Instability (MRI), a crucial mechanism for the growth of the magnetic field in the accretion disks and the transport of angular momentum throughout these objects.

In some astrophysical scenarios, like accretion disks around massive black holes at the centre of the galaxies, the plasma becomes collisionless and a kinetic approach to the dynamic of the system is required.  Resorting to ab initio 2D PIC simulations, we are able to study the evolution of the kinetic MRI in the radial-vertical plane of a portion of plasma far from the centre of rotation of the accretion disk. The figure shows the space distribution of the toroidal magnetic field at the end of the nonlinear regime of the MRI, when a series of vortex structures appear at the surface of change of sign (red/orange positive – blue/green negative). These vortexes play a crucial role in the saturation of the MRI, and are important for the generation of parasitic instabilities. These instabilities trigger the turbulent regime of the plasma that characterises the saturation of the MRI in kinetic collisionless plasmas.