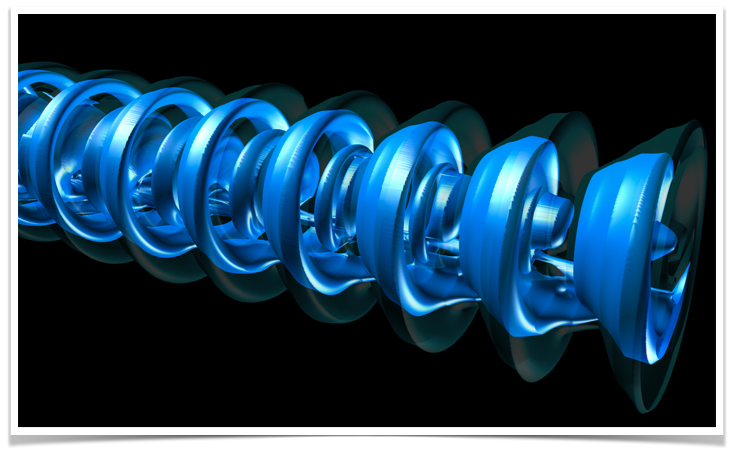 Tailoring a laser pulse for a given application typically refers to manipulating its duration, frequency and intensity profile. Recently, it has been found that lasers could also be produced with Orbital Angular Momentum, or OAM. Given the tremendous potential of the role of OAM in many technological applications and scientific research domains, ranging from super-resolution microscopy and quantum computation, to optical manipulation of nanostructures and ultra-fast communications in optical fibers, it is fair to now state that OAM is in equal foot to its duration, frequency and intensity, a fundamental laser feature.

Lasers with OAM have spiralling wave vectors and a spiralling phase. As a result, surfaces of the laser with identical electric or magnetic field amplitudes spiral along the laser. In addition, the laser intensity profile resembles a doughnut. The potential of these lasers to explore relativistic laser plasma interactions has just started to be unraveled in the field of plasma based acceleration. A major challenge, however, is the production of ultra-intense OAM lasers. We are then exploring new paths to produce intense OAM lasers for laser-plasma interactions. The image shows three-dimensional isosurfaces of constant laser electric field amplitude, illustrating an OAM mode laser in a configuration leading to OAM mode cascading from small orbital angular momenta to larger orbital angular momenta.