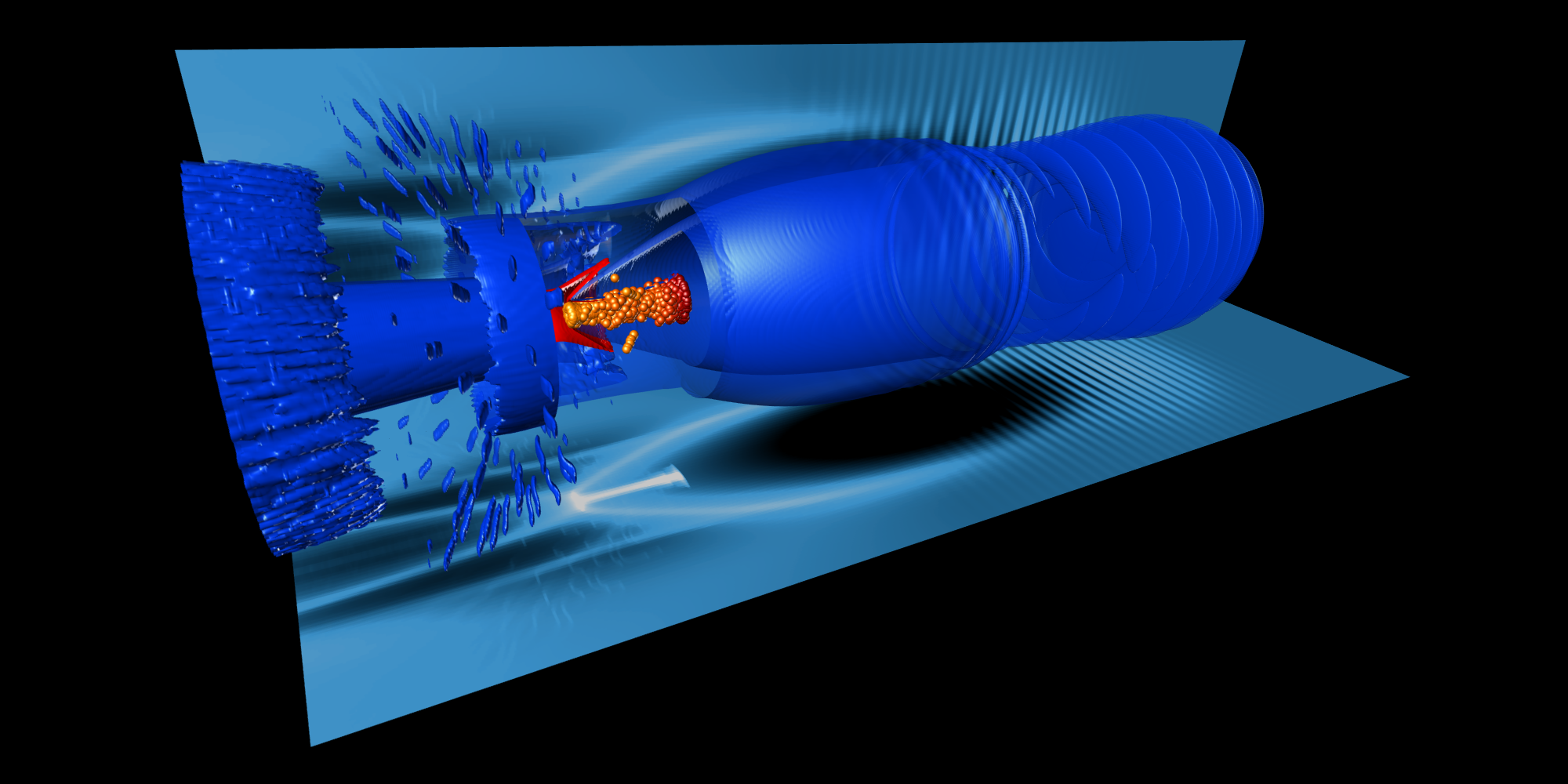 The possibility of using a plasma density down-ramp injection scheme for laser wakefield acceleration has been known for almost two decades [1,2]. In the blowout regime, the impact parameter of the plasma electrons, i.e., the radial distance between the electron and the driver, plays a huge role in determining the electron motion [3,4]. While electrons with small impact parameters are deflected by the wake and the ones with large are hardly perturbed, somewhere in between there is a narrow sheath of impact parameters whose electrons eventually create a high-density region in the rear of the wake. These electrons are also very energetic, but they will only be useful for trapping and acceleration if their velocity is bigger than the phase velocity of the wake.

At this point, we call attention for the relevance of the down-ramp injection scheme. The phase velocity of the wake is slowed while it passes through the density gradient in the case where the density decreases along propagation due to the increase of the plasma wavelength. Therefore, some electrons in the sheath may satisfy the injection condition, i.e. with a velocity larger than the local wake phase velocity at the injection position.

In this picture, we show the moment in that the electron beam is being injected in the wake. The data from this simulation comes from our participation in the EuPRAXIA project [5], where our contribution so far is in the analysis of the down-ramp injection scheme as a compact way to accelerate the self-injected beam to around 150 MeV where this beam would be transported to another plasma stage to be accelerated even further.

Recent research about plasma density down-ramp injection has shown the possibility of generation of high-quality bunches [6-8] and could be the key to have a good reproducibility of the results [7-8].

Share:
Beam compression by a blowout wakefield in a beam ionized plasma
Electrons surf the pipe!