Under the action of extreme intensities, either due to lasers or particle beams, the collective behavior of plasmas, and the nonlinearities in plasmas, play a critical role and determine the dynamics of a wide variety of complex laboratory and astrophysical scenarios. 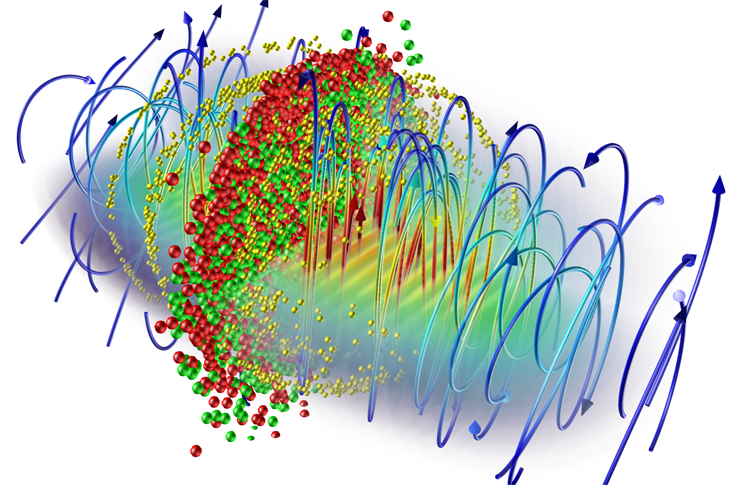 Relativistic kinetic theory provides the theoretical framework to describe these processes, and establishes a general description for the interaction of intense beams of charged particles, photons and neutrinos. However, the full nonlinear dynamics can only be explored with numerical simulations capable of capturing the kinetic features of plasmas and intense beam-plasma interactions.

In our team we address some of the problems associated with extreme intensities in plasmas, with a combination of plasma theory and massively parallel numerical simulations with a focus on the particle-in-cell algorithm and its extensions (e.g. hybrid codes), and resorting to some of the largest supercomputers in the World – know more about our infrastructures here.

The research program at GoLP is focused on a few of the most challenging science questions in our field, as identified in several prospective surveys conducted by the National Academy of Sciences USA (e.g. Plasma 2010), DOE/NNSA (NIF Science 2012), and the EU (e.g. PRACE or the Exascale Software Intiative):

You can find more information about IST cluster here.

Get to know us and our work!

Access a list of our team members' publications here.
Know where we work and what tools we use here.