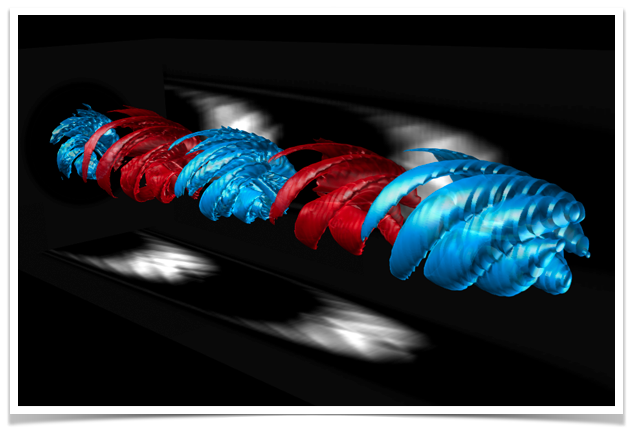 The advent of lasers with Orbital Angular Momentum (OAM), with their spiralling wavefronts and doughnut shaped intensity profiles, is opening new research directions in ultra-high intensity laser plasma interactions. For instance, it has been shown that OAM lasers could lead drive plasma waves with exotic electromagnetic structures ideally suited to produce energetic electrons and positrons for applications.

There are regimes where the laser OAM can be transfered to the plasma wave, but its impact in ultra-intense laser plasma interactions is still rather unexplored. In the example illustrated by the image, showing plasma density isosurfaces (i.e. three-dimensional surfaces connecting regions of identical plasma density), reveals a OAM plasma wave with visible spiralling density structures.