extreme plasma physics > News > The “Natas” of Visualization 2019 have been announced!

The “Natas” of Visualization 2019 have been announced!

And now they come in three flavours! Following our tradition (see the “2014 Natas”, “2015 Natas”, “2016 Natas”, “2017 Natas”, “2018 Natas“), the prizes for the winners of the image, video, and VR of 2019, the “natas” of visualization, were awarded to Kevin Schoeffler (center), Nitin Shukla (right, in the slide, 2nd time winner), and Fabio Cruz (left, 4th time winner). The term “Nata” was coined by one of the previous winners Paulo Alves: “Nata” is a tasty Portuguese pastry that everybody likes. It’s as enjoyable as having our simulations running nicely on a big supercomputer. It can also mean being at the top, at a high level, important.” Nata is also a new open source visualisation framework recently launched by epp team members. Many congratulations to the 2019 winners! The images and videos have been posted on the team website here and will be posted over the next few weeks on GoLP’s Facebook page. 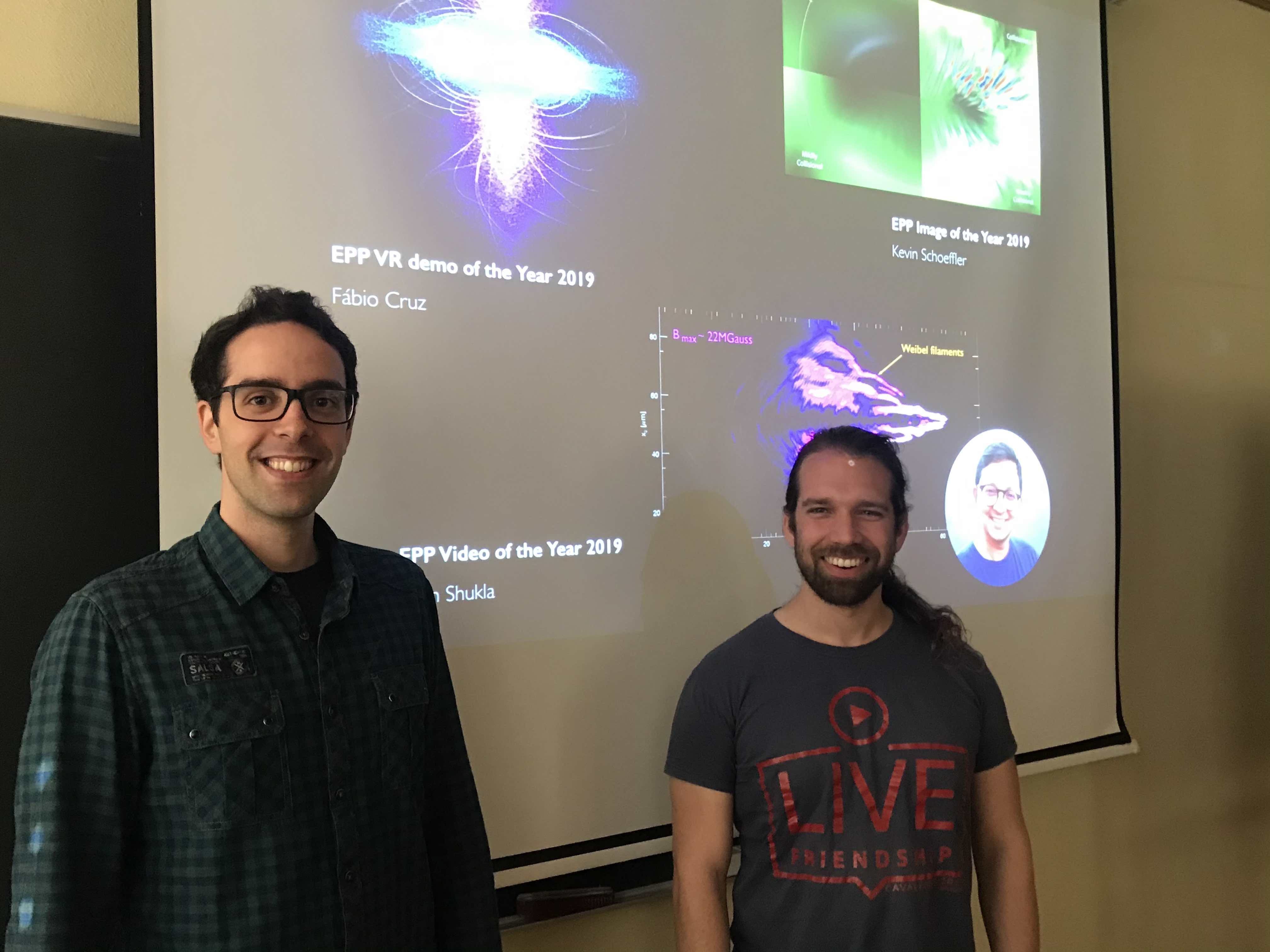 Share:
epp team to be present in 25th year celebration of the Portuguese Ministry of Science
Luis OS to deliver plenary talk at EPS DPP 2020